Yawnalot is a sleepy old town until Abracazebra rides in on her bicycle. Suddenly, all the animals flock to see her incredible magic show – all except Goat, who is grumpy and jealous of her. But in the end, even Goat is won over and realises that everybody needs a little magic. A wonderfully original new picture book about the importance of celebrating diversity.

Jonny and Tommy Atomic are not like ordinary boys. Their dad is the most famous superhero in the world – making them pretty super too. That doesn’t mean they don’t have to go to school or tidy their room though. And they’re definitely not allowed to use their powers or tell anyone their real identities…But while their dad is busy saving the world, again, no one realizes arch enemy Vinister Vile has a dastardly plan – can Jonny and Tommy stop him in time?

Book 1 of the fast-paced superhero series

Immi finds a beautiful wooden bird at the end of her fishing line, and every day after that she discovers something new, until her igloo is the brightest thing in the land. But where are these mysterious gifts coming from, and who is sending them? Hope and friendship echo across continents in this beautiful, timeless tale.

Ash Mistry is leading a pretty complicated life. There’s school, his unrequited crush on girl-next-door Gemma… and then there’s the fact that he’s the reincarnation of the great Indian hero Ashoka, not to mention the small detail that he died last year, and came back as an agent of the goddess of death.

So when the demon servants of the evil Lord Savage come after Gemma in order to get to Ash, you’d think he’d be ready to take them on.

But Lord Savage still has some tricks up his sleeve. And with Gemma out of the picture, the English villain is closer than ever to finding a magical aastra of his own, and the power to rule the world. It’s time for Ash to go up against his enemy once again. Luckily, as the human embodiment of the kali-aastra, Ash can find the weak points in any living thing and kill it. But the key word there is ‘living’. And little does Ash know that Lord Savage has mastered another branch of magic – one which allows him to create whole armies out of un-living stone…

Author Abi Elphinstone, a former English teacher, has created a resource full of activities for her book, Sky Song.

Click below to see the full scheme of work: 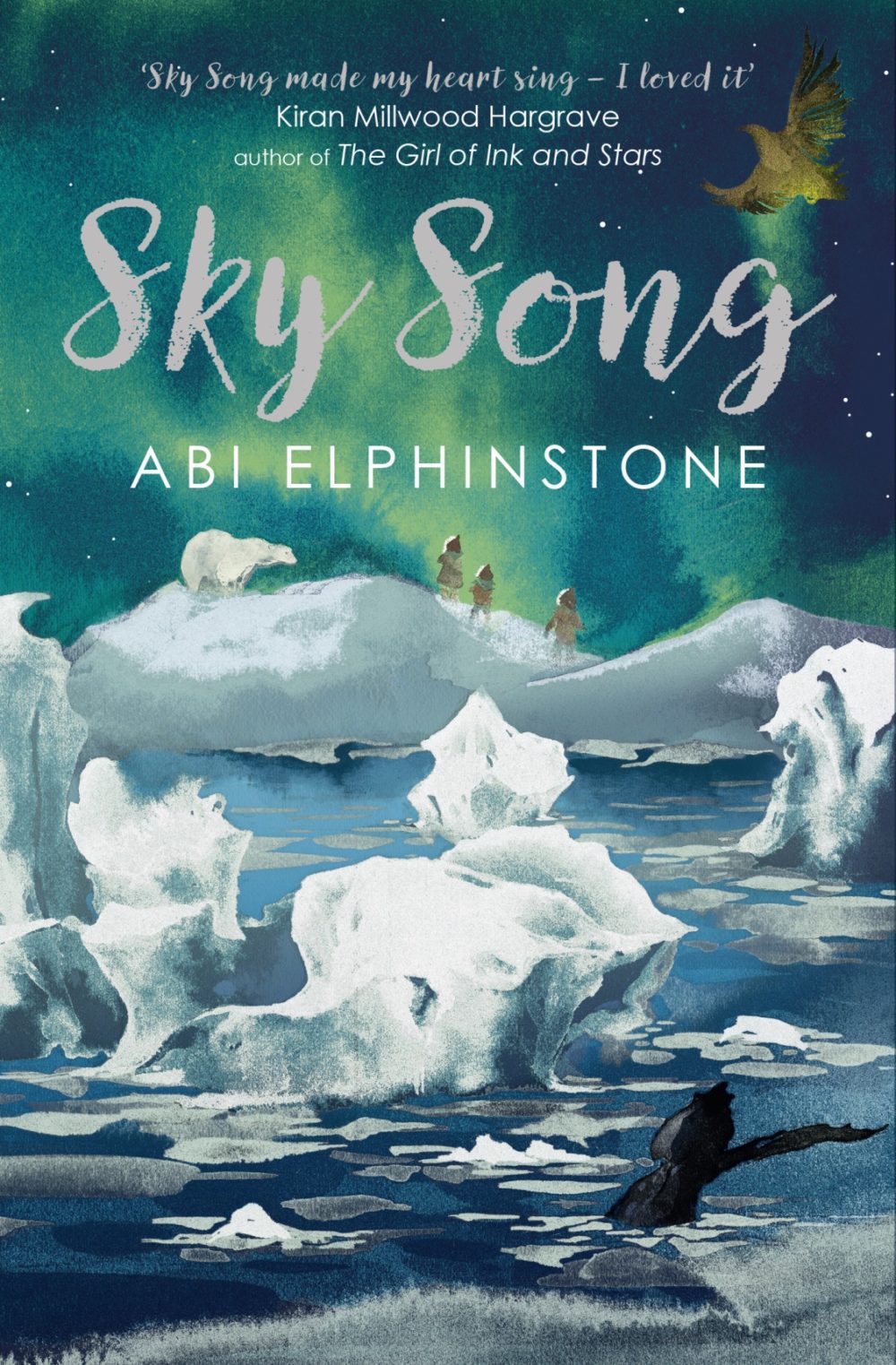 Abi Elphinstone has researched and produced this resource, packed full of classroom activities for every chapter of her book “The Dream Snatcher” 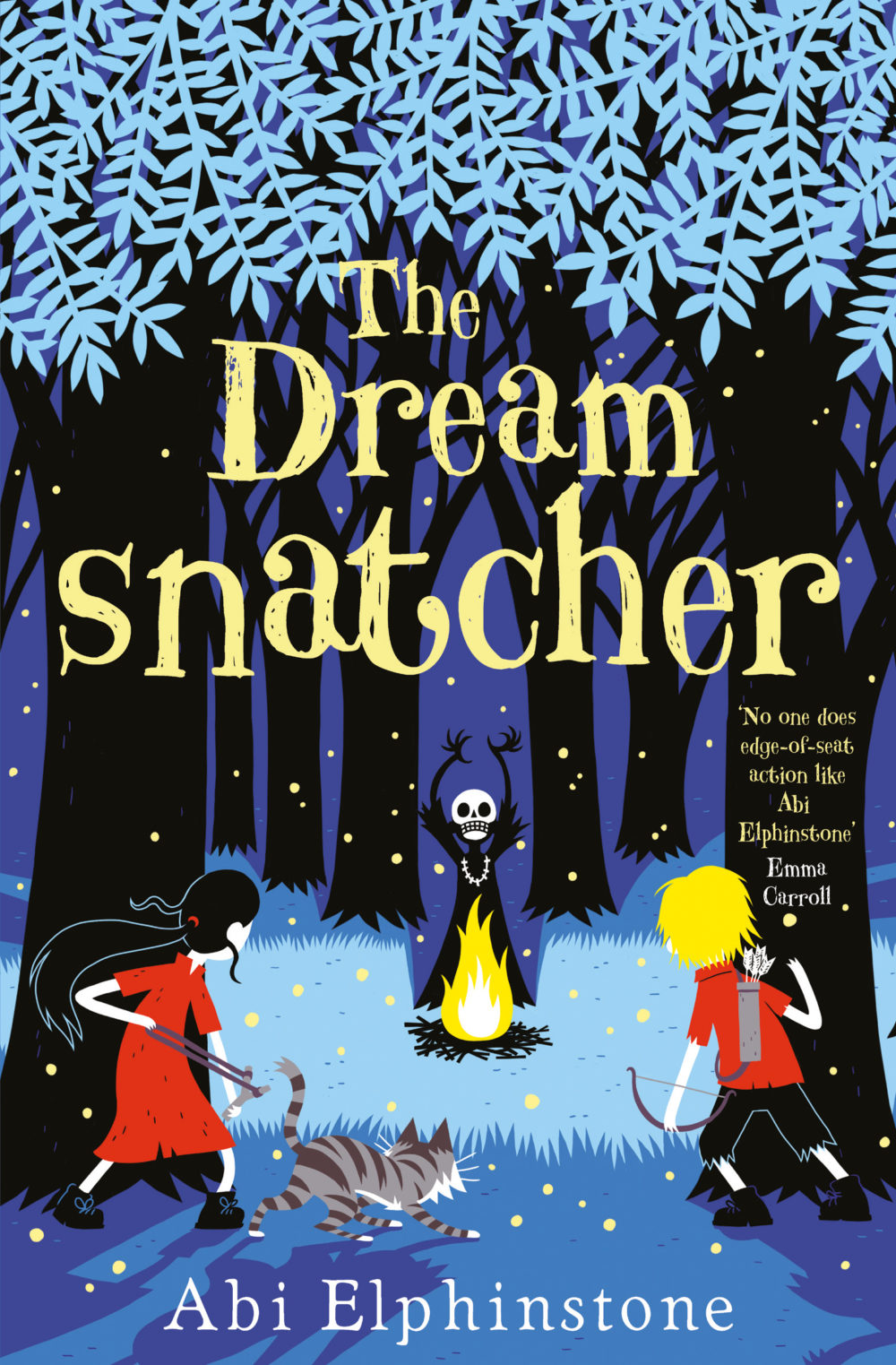 Deep within Tanglefern Forest, Moll Pecksniff and her wildcat, Gryff, are waiting for a sign from the Old Magic before they continue their quest to find the last Amulet of Truth and free their world from the Shadowmasks’ terrible magic.

Still missing fellow Tribe member, Alfie, and armed only with a mysterious set of clues, Moll sets out on an adventure across the northern wilderness with Gryff and her friend Siddy at her side. They must brave the Lost Isles, scale the Barbed Peaks and face witches, goblins and giants who lurk at every turn . . . while the Shadowmasks draw ever closer.

Can Moll, Siddy and Gryff find the friend they think they have lost? And do the Tribehave what it takes to defeat the Dark magic once and for all?

Twelve-year-old Molly Pecksniff wakes one night in the middle of the forest, lured there by a recurring nightmare – the one with the drums and the rattles and the masks.

The Dreamsnatcher is waiting.

He has already taken her dreams and now he wants her life.

Because Moll is more important than she knows…

The Oracle Bones foretold that she and Gryff, a wildcat that has always been by her side, are the only ones who can fight back against the Dreamsnatcher’s dark magic. Suddenly everything is at stake, and Moll is drawn into a world full of secrets, magic and adventure.

1919. Henry has moved to the countryside with her parents and her baby sister, Piglet – all still scarred by the death of her brother. Alone in her head, she begins to explore her surroundings, encouraged by her only friends – characters from her favourite books. Nobody much notices when she wanders into the woods at the bottom of the garden and meets Moth, a striking witch-like woman. Together they form a bond that could help Henry save her family.

In a bustling marketplace in Iran, a traditional storyteller regales her audience with the tale of Prince Zal and the Simorgh. High up on the Mountain of Gems lives the Simorgh, a wise phoenix whose flapping wings disperse the seeds of life across the world. When King Sam commands that his long-awaited newborn son Zal be abandoned because of his white hair, the Simorgh adopts the baby and raises him alongside her own chicks. She teaches him everything she knows. But when the king comes to regret his actions, Prince Zal will learn that the most important lesson of all is forgiveness.

A mythical tale of family, forgiveness and what it means to be truly wise, the book includes an original Iranian musical composition to stream online using the QR code in the book.