A black royal cloak enshrouds her,

She is as pale as its eerie glow,

It’s clear to see that you are not satisfied with your lonely life! I can understand that you are feeling split but you should go with Freakfinder as your isolated life will change forever.

I find it difficult to understand why you would want to stay. Even though you have been living there for years, doesn’t mean you have to stay (unless you want to continue living your life of solitude). You could be famous if you go with Freakfinder. If you trust Freakfinder, if you go with him, if you participate in his enterprising opportunity then you will have a gleeful life.

For these reasons, you should go with Freakfinder. Firstly, the professor doesn’t know you anymore so why would you stay with him? It’s time to teach professor a lesson. The longer you stay in the castle, the more irritated you will begin to feel because the professor will continue to leave you out.

Secondly, I remind you, that if you join Fulbert Freakfinder, your abnormal life will change forever. When Freakfinder makes you a star, you will be unforgettable. It might even make the professor begin to remember you. In the meantime you will have new skills and could become as rich as the queen! Imagine that Stitch Head!

The time has come to make your decision. I know you will pick the right choice. The quicker you decide, the sooner you will get rich! What will you choose?

I have had a day full of surprises. It has been such a strange day.

Without warning, the monster stormed to the reinforced gates. I sped towards the monster. Eventually, I for the monster and I jumped onto his back. In a few moments, I got to his neck. I managed to get to his face and swing round to throw the potion into his mouth. The monster threw me off his back. He saw me…

The monster saw that I was in pain. Surprisingly the monster asked me if I was ok. With hesitation, I nodded. Awkwardly, he wanted to be my friend. F..F..Friend? Friend with you? The monster started to be as kind as Jesus.

Reluctantly, I took the monster into my dungeon. I showed the monster around, which was scary as he could potentially mess my potions up. The monster started to ask about my potions. I felt proud for the first time ever. He (the creature) wanted to be friends but I have the professor.

As I was showing the monster the massive dungeon, a loud noise went off. The noise was a screech. The trumpets normally go off when someone needed to be fixed, however there was nothing to fix. It was the doorbell. Who was it? What did they want? Were they here for the professor? Heart pounding, I was so shocked that I couldn’t move.

Dear Diary, are you ready to hear about a monster’s day? If so, read on only if you dare.

Today, a repulsive creature was made. Looking at my un-matching hands, I felt abandoned. Feeling meek, I flooded the tower with my tears. For the first time in my life, I witnessed skin as white as snow. I was livid at my master for betraying me with this monstrosity. I wanted to run and hide myself in my cellar.

Just at that second, the destructive creature stormed off towards the colossal gate. He bashed the gate over and over screaming destroy. Struggling, I climbed up the beast. I forced the sloppy remedy into his stretching jaws. He fell to the ground. I felt so guilty. After that, I fell to sleep

With hesitation, I showed him my dungeon. To no surprise, the creature rummages through my collection. Were my days of solitude over? It ignored me when I tried to call it. I showed it my room. Then my potions too and even taught him to read. In doing so, I was exhausted.

We recited all of the potions. “What are they?” said the creature. I explained how they were bells that ring when the doorbell does. At that moment, the doorbell rang.

Unbelievably, the creature’s thick fur was so dense you would have to cut it with garden snipers. With his powerful third arm, he can carve into even hard rock. Even though he is a content creature, the angrier he gets, the more he destroys things. His terrifying claws could hurt a human in seconds.

Brilliantly, if you were looking for a friend, the creature would be great because he has a great personality and amazing sense of humour. As you see, the monster may be hideous but once you get to know him you begin to see his inner beauty.

The creature’s voice is very monstrous and it is possible to hear it from miles away! The creature considers his home to be Castle Grotteskew. Just because he is a monster, others think he is unkind but this is just not true.

There’s a legendary creature in the ocean. it is beastly, beastly because it is a devil. Its teeth sparkle in the water. Its bright pink octopus arms stick to its prey. Unexpectedly, it has five mouths and two horns! The angrier it gets, the redder it glows.

It is deadly because his mission is to kill everything in world. Even though he is huge, he moves swiftly through water like a speedboat. It is impenetrable. It can see from up to 5 miles away.

This devil lives in a deep, dark cave. The only word it can say is bubble. In the cave, there are devil minions and water golems that despite being invisible guard the cave.

Today I went to see a monster getting created! The professor is crazy, crazy because he likes to create mad creatures. I was terrified.

I saw the creature getting created. It was so ugly. I was terrified because he looked aggressive. It began to break things. It started punching and kicking the air. What could I do?

The monster, who was so aggressive, drank the potion. The was weird, he stopped moving. I thought the monster would start again. Was he going to hit me? Is he still aggressive?

Not making a sound, the creature did not move. I thought the monster would attack me but he said, “hello.” Tense, I was rooted to the spot. Why was he talking to me? Surprisingly, he asked me to be his friend! Puzzled, I felt like running away. Then I realised, he is actually really friendly.

I tried to run away. I tried to leave the monster alone. The pain of my first broken friendship was too strong. My heart felt like a beating drum. However, the howling monster make it impossible to run away. After a while, the monster started following me to the dungeon. This was new because I have never shown anyone my dungeon or potions before.

As I was showing the creature my dark, secluded dungeon I heard the trumpet. Normally, the trumpet would alert me to incidents in the castle. It was the front door. Who was there? Shall I go and see? Should I leave it? The more steps I took, the more I wanted to hide.

There Jim lay in his hospital bed, thinking about things that concerned him. He felt lonely and lost.

Suddenly his mind transported him to a strange place. It was a very quiet place; a maze. Hundreds of negative thoughts bombarded him. Would he get better? Different faint sounds echoed through the maze as he was sitting there. The more depressed Jim got, the longer he stayed where he was. His conscience was telling him to get up and be resilient but he couldn’t. He thought there was no hope. Sorrowfully, Jim’s head fell into his hands. Would he ever get out? Would he survive? Would he be stuck there for life? Everything looked realistic. Everything seemed real, was it?

Jim kept on hearing sounds. Was someone calling him? Now he was starting to feel concerned. A soft voice whispered to him “Come on Jim! You can do it!” Courageously but reluctantly, he got up and carried on searching.

Meanwhile, Bami (his nurse) was watching Jim having his dreams .The same voice gently whispered “Jim wake up! In Jim’s mind, everything suddenly started disappearing. Startled, he woke up. As he woke up, he gasped and realised it was just a dream. When he saw Bami, he felt much better. “Jim, I made you a sandwich.”

“I don’t want it,“ said Jim as he pushed back the plate. Jim fell back into his comfortable bed and went back to sleep. Everything returned to the maze.

Jim gasped with fear when he realised a lion was there and saw him. He sprinted as fast as he could, as the terrifying lion chased after him. The more Jim ran, the more he got tired. He thought for a minute “Why is he chasing me?” Helpless, Jim was panting whereas the lion wasn’t running out of breath at all. Although Jim wanted to escape, he felt like giving up at the same time.

Still running, Jim spotted daylight shining through an enormous hole. Was he going to make it? Yes! This was the chance to escape. Just when Jim thought he was going to make it, the lion galloped its way toward Jim. He found a dead end outside. Was this the … the end? Panic-stricken, he backed away from the ferocious beast; the lion. Scared of what would happen, he flinched as the lion bowed his head. Its mane was so huge, it was almost touching his face! Did he want Jim to stroke him? Confused Jim reached out his shaking hands and gently stroked his mane. Was he his ‘Finder ‘? The one who would help him find his way. Would they be best friends? Would they stay friends forever?

Slowly and cautiously, he opened his eyes and lifted his hand off the lion’s fuzzy hair. Despite the lion’s fierce looks, he was gentle and calm. Smiling, he walked off with the lion, side by side. The more he walked with him, the more he trusted him. After all that running, Jim felt tired. He yawned and closed his eyes. Relieved, he finally woke up from his dream and ate his sandwich.

I can feel crushed when you bend my spine.

I feel warm when you treat me ‘write’.

I can be angry when you rip my page.

Please don’t – it gives me pain. 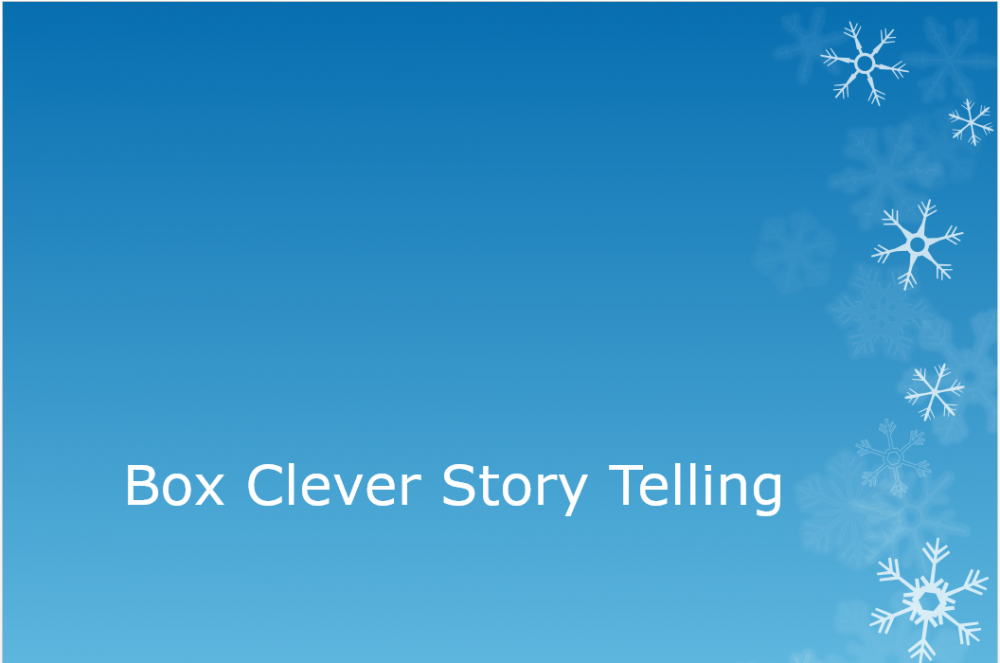 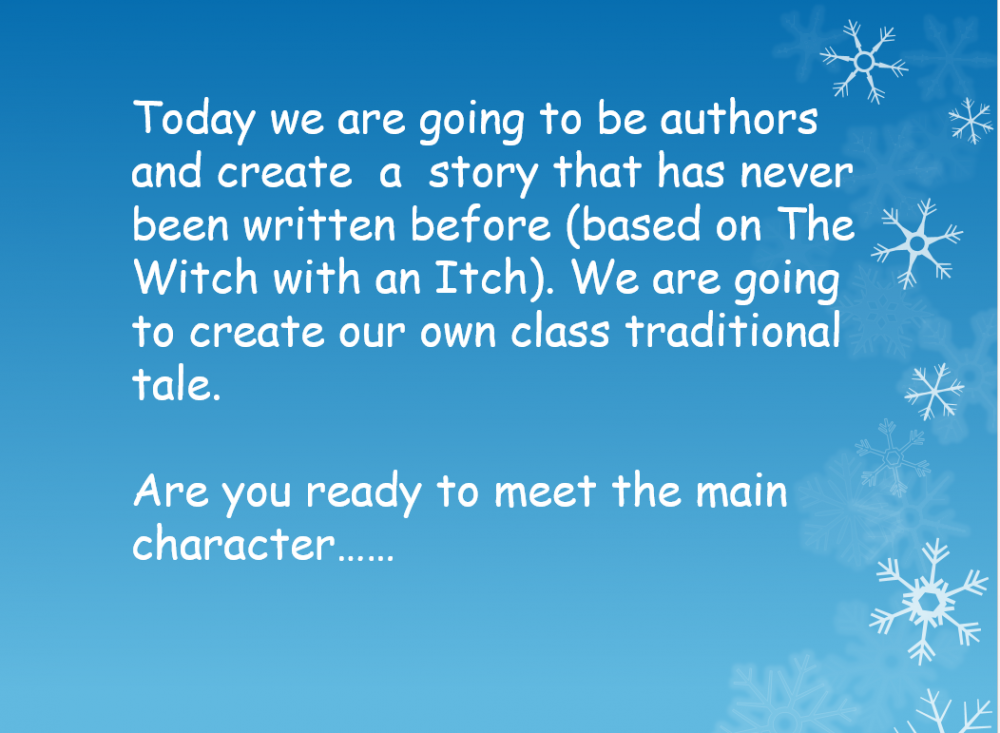 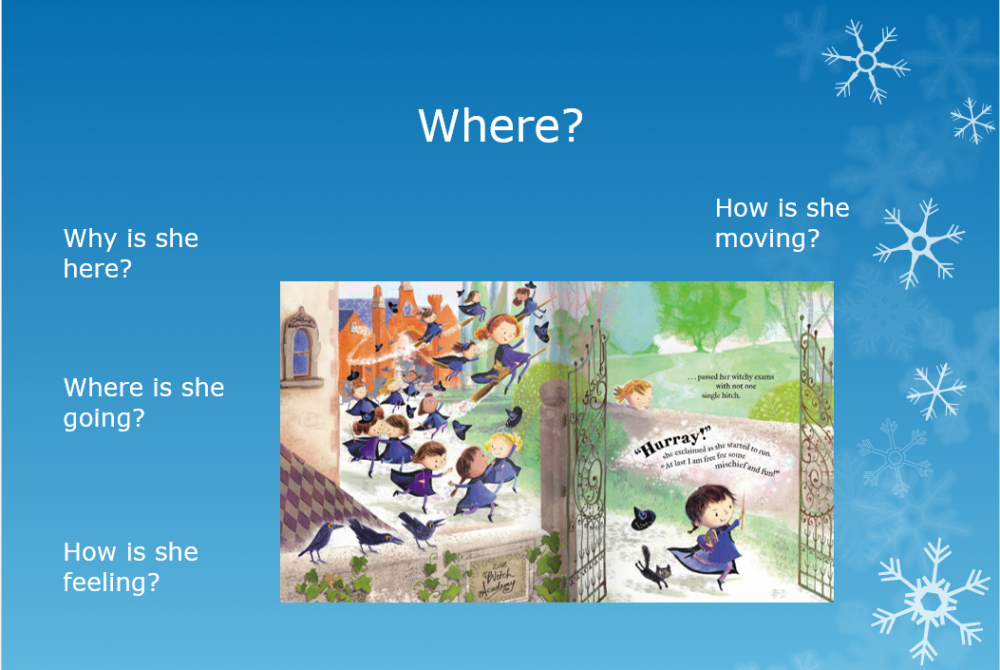 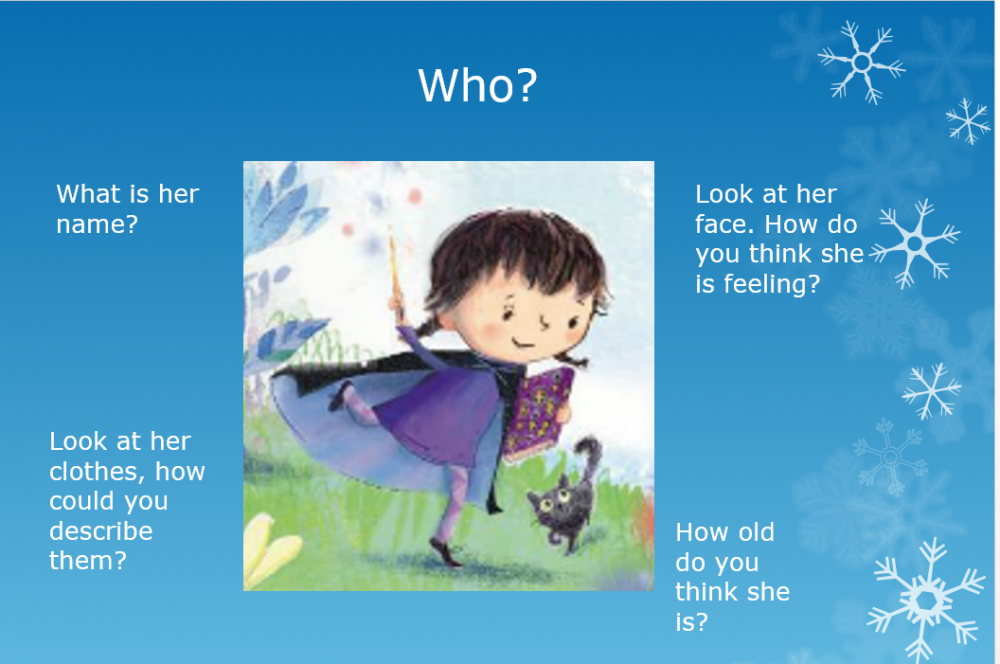 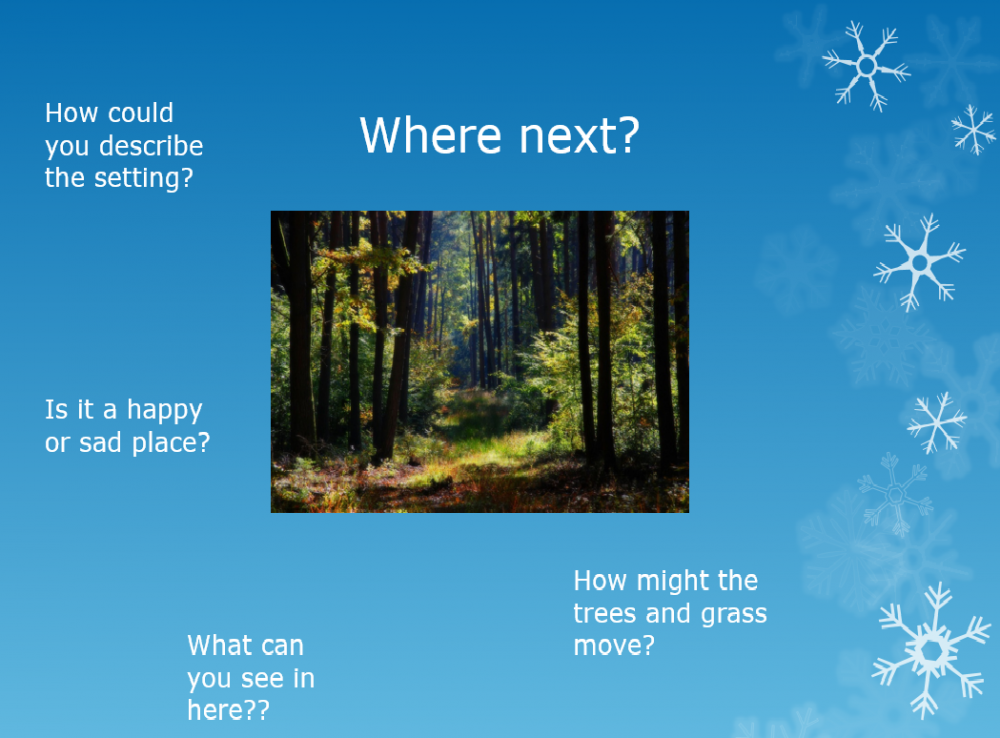 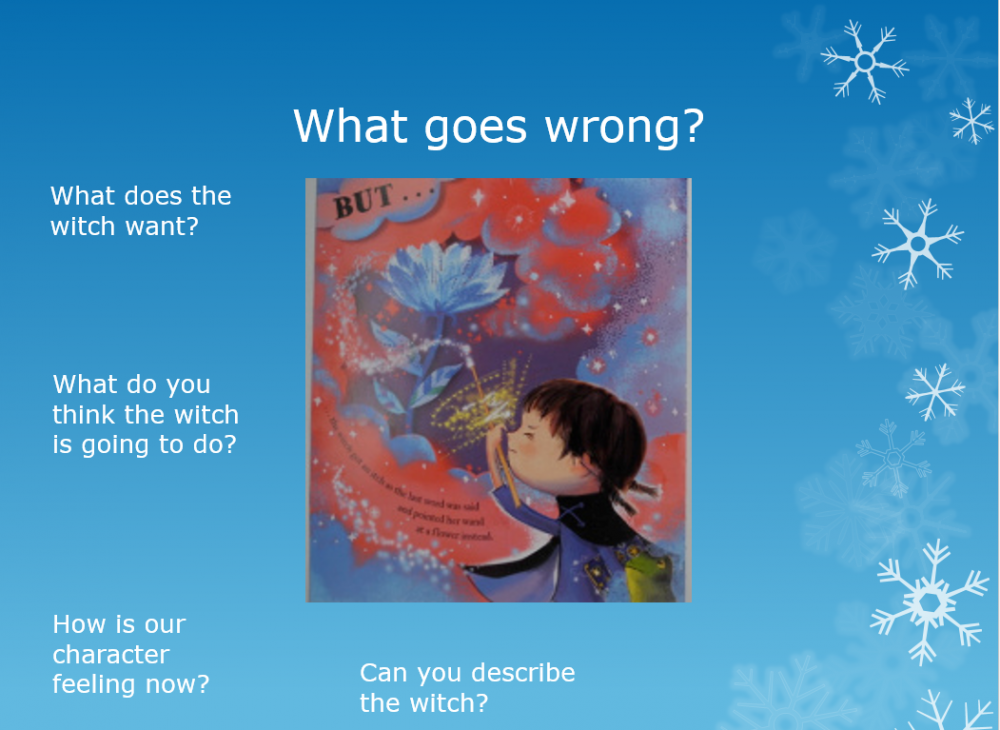 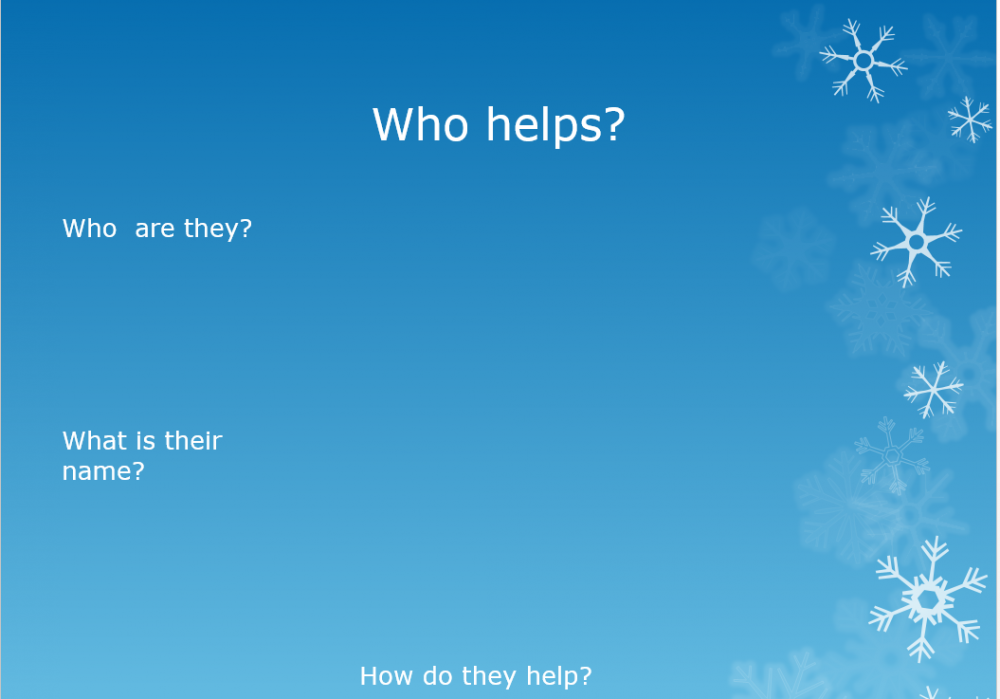 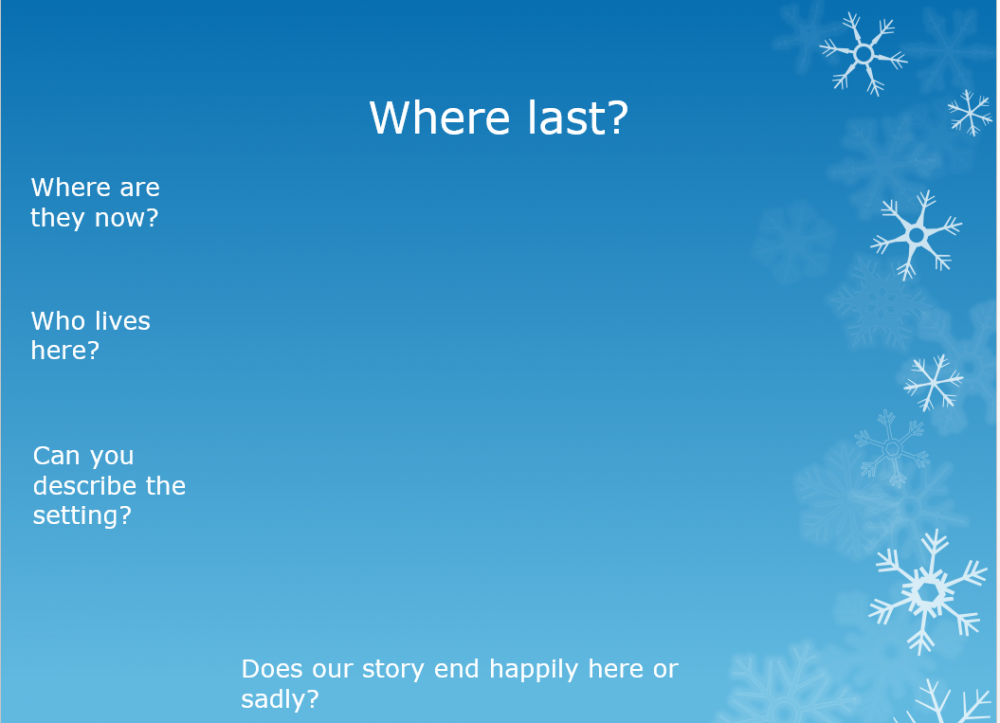