< BACKActivities for ‘Things You Find in a Poets Beard’ 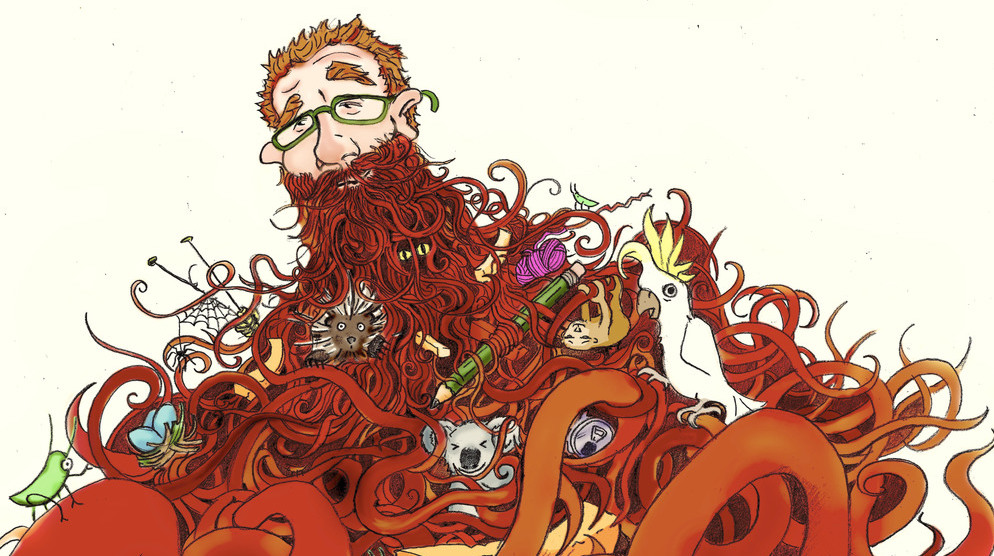 1. Things You Find In A Poet’s Beard (p.10) What else might you find in a poet’s beard? Think of some different poets – nice ones, disgusting ones, useful ones… How do the contents of their beards differ? Try making it into a list poem. Maybe it could be a shopping list of things you need to put I your beard to be a proper poet… Maybe it could be a chant the class can march round in circles to. Maybe it could be like the ‘I went to market…’ game – who can remember everything we’ve put in the beard…?

2. A Menagerie of Animals (p28) Try writing your own ‘riddles’. Can people guess what animal you’re describing? Try using kennings, like in the cat poem. A poem describing an animal can just be a long list of kennings, or you can mix them in with whole sentences or other descriptions. When writing a riddle remember to try to start with very general things (‘It’s a grey animal’ or ‘Meat-eater’ – things that could apply to lots of different animals) and get more specific as you go on (‘It can pick things up with its nose’ or ‘Stripey-hunter’).

3. The Flavour of the Night (p.34) The night doesn’t actually taste of these things, we’re using taste as a metaphor. Maybe you could try describing something else using an unusual sense. What is the smell of love? What does sadness sound like? What does Christmas taste of? What does chocolate sound like?

4. Lesser Known, But Not Less Important (p.54) Let’s learn about more of these ‘supernatural collectors’. First you need to find out what it collects… is it hair (perhaps from the hairbrush, or maybe from granddad’s nose)? or is it the dribble that sometimes come out your mouth when you’re asleep? Or is it the cheesy stuff from in-between your toes? And once you’ve discovered that, you can ask what sort of a creature is it? The Tooth Fairy is a Fairy. The Scab Pixie is a Pixie. The Ear-Wax Leprechaun is a Leprechaun. Is it a Saliva Gremlin? Or a Dandruff Goblin? Or an Eye-Lash Ghost? Then we can ask how it gets what it collects… does it come down the chimney like Santa, does it wait until you’ve gone to school, does it hide in the wardrobe until you start snoring…? Then we can ask what does it do with the stuff it collects…? Simply by asking these questions it’s really easy to learn about a brand new Supernatural Collector, and once you’ve learnt some facts you can write a poem or a story… perhaps a ‘Day In The Life’ or a first person ‘The thing I hate/love about my job…’

5. Alphapoem (p.73) Sometimes a poem is easier to write when you’ve got a frame to build it on. The alphabet is a good example. You can set a theme (food or animals, say) and try to make a complete alphabet, or you can use the alphabet like an acrostic without saying ‘A is for…’, just have each line begin with the letter in question. Other frameworks like this could include counting poems (see, The Iced Bun Song for a simple example (p.16)), either going up or down (countdown to blast off, for example), or days of the week, months of the year, and so on.

7. Discussion A lot of the poems are funny, silly poems, but some of them (even some funny, silly ones) might be used for discussion in class, about feelings (p.68-72?), about history (p.66), about why we write/make art (p.63), for example. You know your kids and you’ll have the better idea of what will work in your classroom, in your specific circumstances, but you may find a poem like Troll Song (p.74), which looks at a fairy tale character from a different point of view, is a good window to look through, or you might a different one works best.

The feature image was illustrated by the fabulous Iszi Lawrence.

Things You Find in a Poet’s Beard