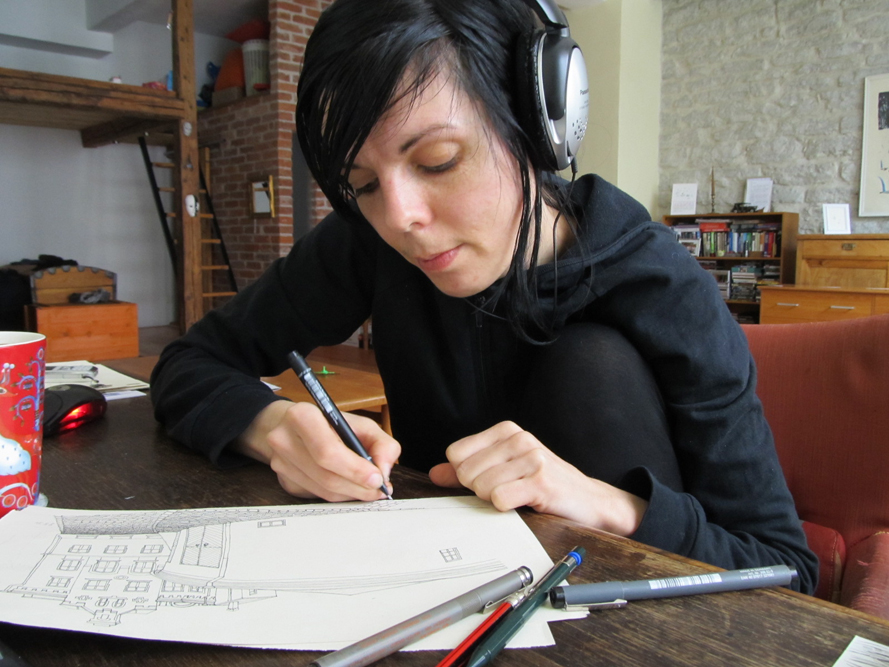 Ulla Saar (1975) is one of the most celebrated Estonian illustrators today. She graduated from the Estonian Academy of Arts in product design and is currently working as a designer. Her first illustrated book, Lift (2013), won several awards in Estonia and was listed in the 2014 White Ravens catalogue. Since then, her work has won yearly awards from the Best Designed Estonian (Children’s) Books competitions and received widespread international recognition. She has participated in several international literary festivals and her books have been published in English, German, Italian, and Lithuanian. In 2018 and 2019, the illustrator was nominated for the 2018 and 2019 Astrid Lindgren Memorial Award.