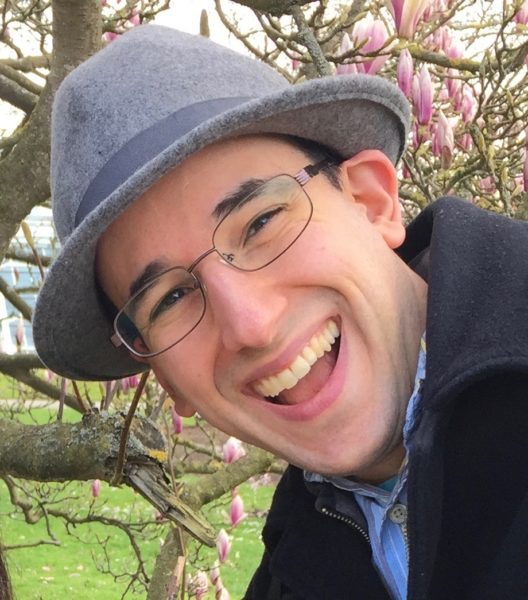 “I’ve loved reading as long as I can remember. On family vacations, I used to pack an extra bag just to carry my books.
Even so, I didn’t always want to be a writer. Until I was eleven, I wanted to be a doctor. Then I took my first biology course and realized how many facts I’d have to remember. I decided I’d rather have a job where I could make stuff up.
When I finished college, I moved out to Los Angeles and got a job writing for a TV show on HBO. When my wife got a job offer in London, I followed her to the UK. Our plan was just to stay for two years—but that was in 2002 and we’re still here.
Since moving to Britain, I’ve done all kinds of writing. I wrote or co-wrote four books aimed at adults.  My work has appeared in The New Yorker and I’ve been a freelance contributor to The Onion. I’ve also written some radio and film scripts that didn’t get made, as well as a few TV scripts that did.
I started writing children’s books in 2005. It took more than a decade of writing, rewriting, and rejection, but my first children’s book is coming out in 2017, with more to follow in 2018 and 2019.“