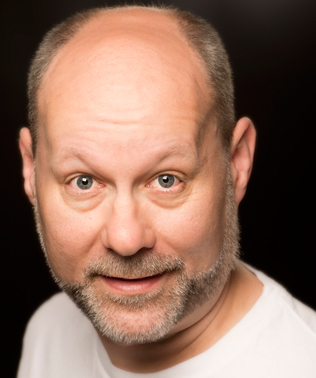 Ian Billings was born at a very young age. He has done many things in his time and some of them he’d like to tell you about. He is an ex-juggler, a pantomime writer (fifty productions!), an actor, TV extra, a theatre technician, a university lecturer, a model and a general dabbler in many areas.

He has written episodes of BBC TV’s Chuckle-Vision and his stage plays and pantomimes have been performed in Wolverhampton, Northampton, Hastings, Nottingham, Weston-Super-Mare and on a ferry to Spain. He has a Masters Degree from Birmingham University and two goldfish from Petworld. He is five feet and seven inches in length and avoids cheese.

Ian began performing stand-up comedy for kids at Edinburgh Festival Fringe (whilst also presenting his own radio show for Festival FM!) and now he tours theatres and schools throughout the UK, Cyprus, Germany, Australia, Uganda, Kenya, Russia, Switzerland, UAE, Oman, Vietnam and Thailand. He was described by one young audience member as “the most imaginative adult I’ve ever met!”