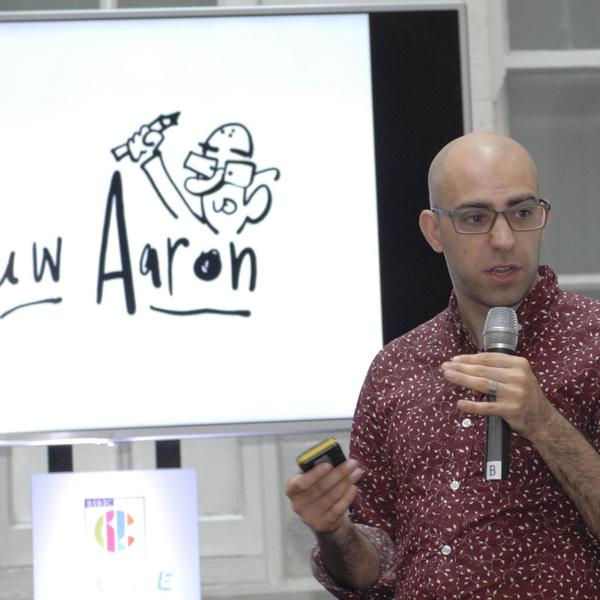 Huw Aaron is a Cardiff-based cartoonist and illustrator. His doodlings can be found in a number of children’s books and comic strips and he’s a regular contributor to PRIVATE EYE, THE OLDIE and THE SPECTATOR.