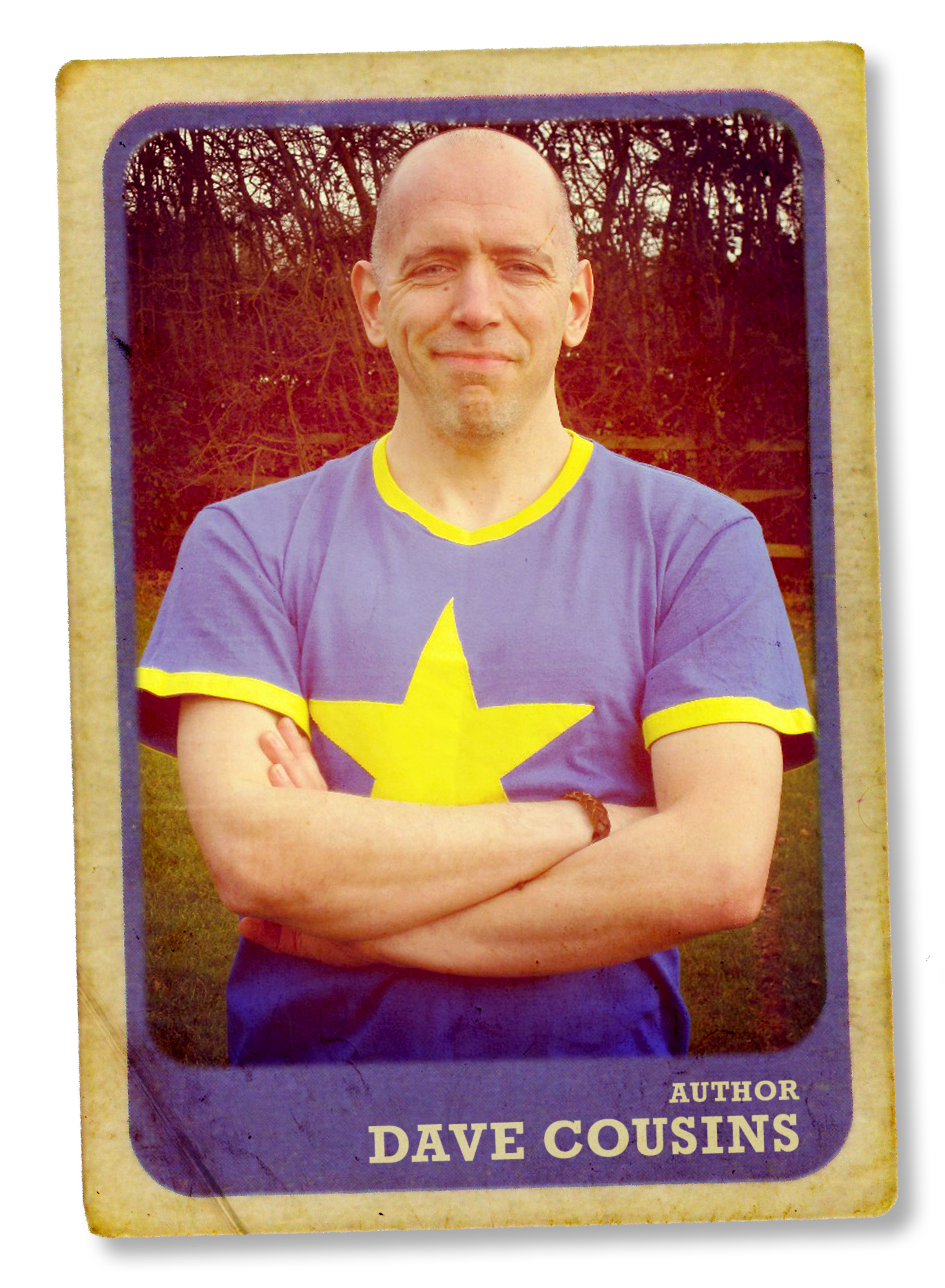 Dave Cousins is the author/illustrator of the Charlie Merrick’s Misfits series, plus a number of award-winning books for teenagers.

Abandoning childhood plans to be an astronaut, Dave Cousins went to art college, joined a band and was nearly famous! The first stories he wrote were for his own football comic—years later
The Floodlight Man was featured on BBC Radio Five Live,
read by Dave himself.

Dave’s books have been hailed as “teen realism with action, humour and heart.” 15 Days without a Head was a Sunday Times Children’s Book of the Week and nominated for the Carnegie Medal. Published in over twelve languages across the world, it was awarded the Premio Andersen in Italy and the SCBWI Crystal Kite for the UK and Europe. Waiting for Gonzo won the 2014 Grampian Children’s Book Award and has its own original soundtrack album, complete with accompanying music videos.

When not creating stories in his attic, Dave travels extensively visiting schools, libraries and book festivals across the UK and abroad. He is also a member of UK author collective, the Edge.