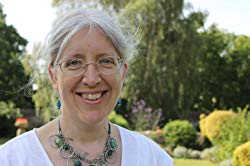 C. J. Busby was brought up on boats and in caravans in the southeast of England and north Wales. She read avidly as a child, and moved frequently from place to place. After studying Social Anthropology at Cambridge, she lived in a fishing village in South India while doing research for her PhD. Her first children’s story, THE THING, was shortlisted for the Nickelodeon Jr National Write a Bedtime Story prize, and recorded for Fun Radio in March 2007. Her other book, FROGSPELL, was chosen by the prestigious Richard & Judy Book Club, in association with WH Smith, and featured on their Summer 2012 selection. This first title in the FROGSPELL series was also shortlisted for the 2012 Waverton Good Read Award. She now lives in Devon and has three children.