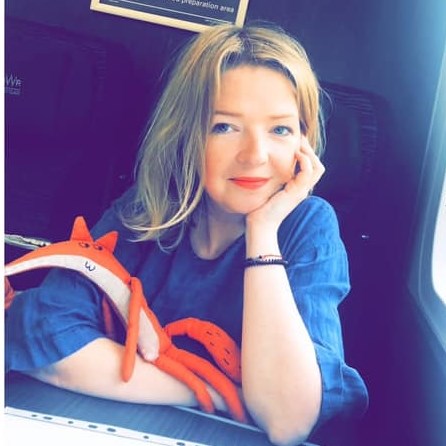 In1998, Ausra entered the Vilnius Academy of Arts, specialising in painting. She received her BSc degree in 2007and followed with a master’s degree. She worked as a graphic designer for a long time in various advertising agencies. She started drawing for children when her second son Rapol was born. In 2015, she won a competition organised by the Lithuanian Institute of Culture for the International Bologna Children’s Book Fair, and in the same year won the second prize in the International Illustration Competition “Womaninovation” in Italy. In 2016, Aušra Kiudulaitė’s illustrated her first picture book “HAPPINESS IS A FOX” (text by Evelina Daciūtė, published by the True Book publishing house), which has won numerous awards: “Book Art” competition for the most beautiful book of the year for children. In 2017, Kidaulaite illustrated her second book “FRIENDSHIP ON THE END OF THE STUMP,” and she has already won awards (the Prize of the Book Art Competition).

The author has participated in many international exhibitions and festivals, was their finalist and winner.